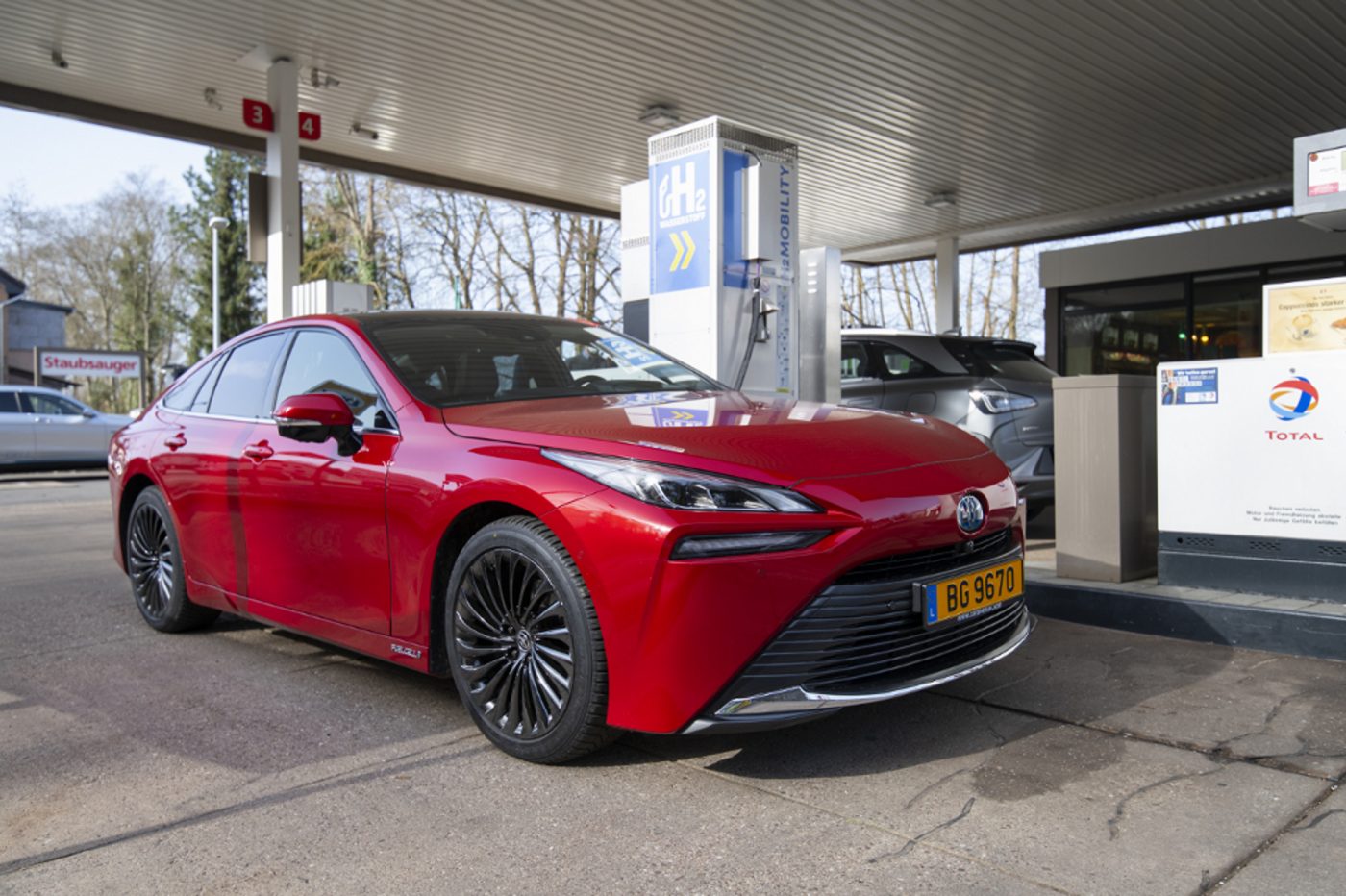 The process for refuelling hydrogen vehicles is intuitive and similar to refuelling with natural gas. A range of 500 to 700 kilometres is possible with a refuelling time of just three to five minutes. To refuel with hydrogen in Germany, users need the H2 MOBILITY Card, which can be easily ordered online at www.h2.live.On board the H2 vehicle, a fuel cell generates electricity from the hydrogen, which then powers an electric motor without producing harmful emissions. Since hydrogen can be produced by electrolysis from water using renewable electricity, it is seen as a central link between the energy and transport transition. In addition to its use in passenger cars, the light molecule is also suitable as an energy carrier for e-mobility in the commercial vehicles sector.

Since 2002, TOTAL Deutschland has been active in research and pilot projects to develop the hydrogen infrastructure. Hydrogen vehicles can currently refuel at 24 stations in the TOTAL network in Germany. The next hydrogen filling station is currently being built in Freiburg.

SAARBRÜCKEN: The newest H2 filling station is also the first in the German state of Saarland and is located at the TOTAL station Burbacher Str. 50 in Saarbrücken. It entered into its optimisation phase – a standard procedure for commissioning – on 30 March 2021. This means that the H2 filling station is now regularly available for refuelling hydrogen cars at 700 bar. The technology comes from Air Liquide, manufacturer of systems and gases. The Saarbrücken H2 filling station can easily be expanded with 350 bar technology for the refuelling of commercial vehicles such as buses. The filling station is located directly on the A620 motorway and will not only be an important location factor for hydrogen mobility for the city of Saarbrücken and the Saarland in the future, but will also close a gap far away from the hydrogen centres of Rhine-Ruhr, Frankfurt and Stuttgart. 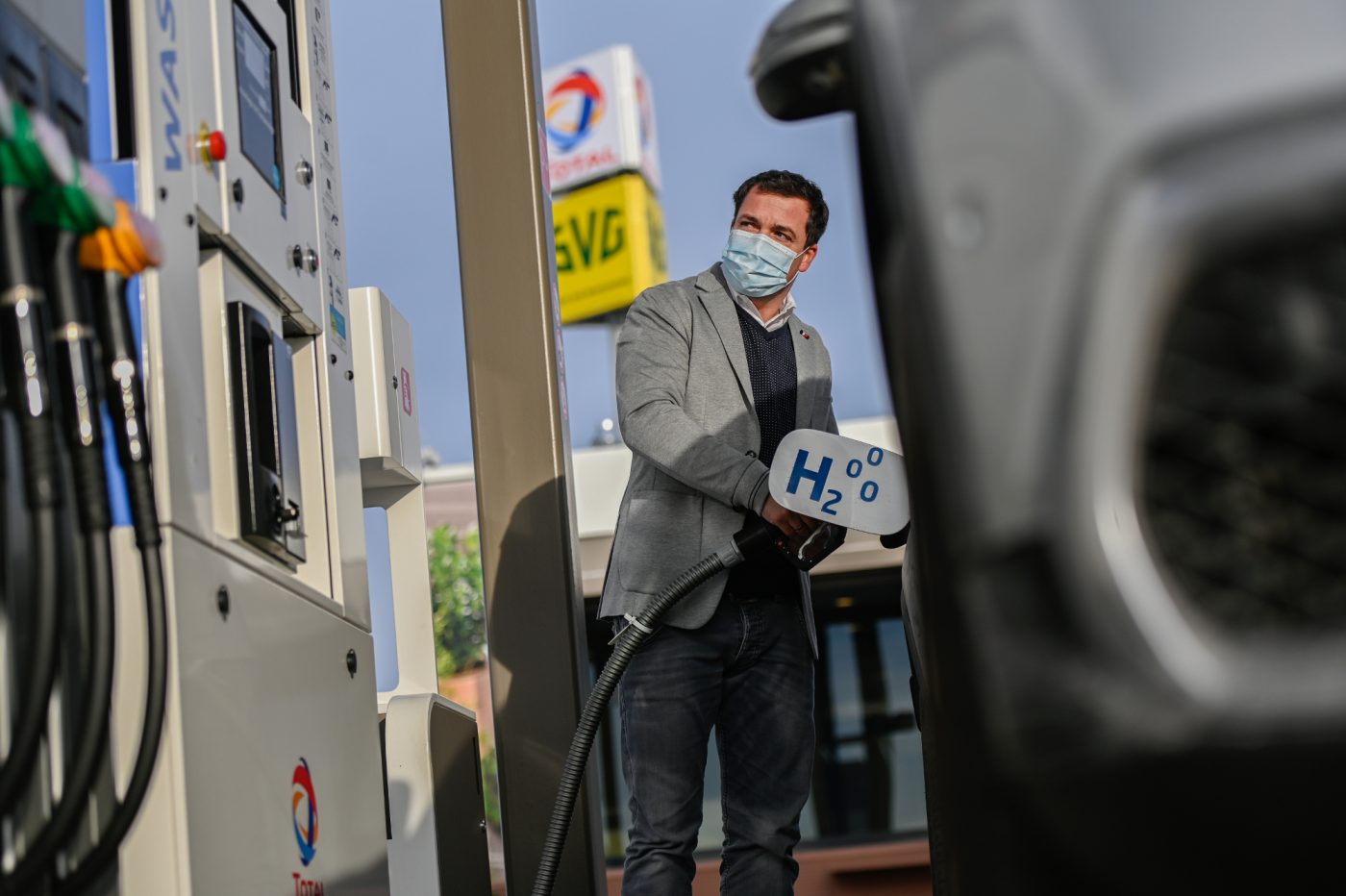 NEURUPPIN: In December 2020, the hydrogen station at the Autohof on the B167 motorway near Neuruppin entered the optimisation phase of its operations start-up. Built by TOTAL, the H2 facility is operated by the joint venture H2 MOBILITY Deutschland. The filling station is equipped with Linde Ionic Compressor technology. Hydrogen is sold in kilogrammes. One kilo is enough for a journey of about 100 kilometres and currently costs 9.50 euros throughout Germany. This makes the fuel costs comparable to those of conventional vehicles. With its close proximity to the A24 motorway, the station is an important link for journeys between Hamburg and Berlin.The hydrogen filling stations in Saarbrücken and Neuruppin were funded by the Federal Ministry of Transport and Digital Infrastructure (BMVI) under the National Innovation Programme NIP.

H2 MOBILITY
H2 MOBILITY Deutschland GmbH & Co. KG is responsible for establishing a nationwide hydrogen infrastructure in Germany. The first target is to operate 100 hydrogen stations in seven German metropolitan areas (Hamburg, Berlin, Rhine-Ruhr, Frankfurt, Nuremberg, Stuttgart and Munich) as well as along connecting motorways and highways. At all stations, cars and light commercial vehicles (vans) can refuel with up to 5 kg (in some cases up to 8 kg) of hydrogen at 700 bar.