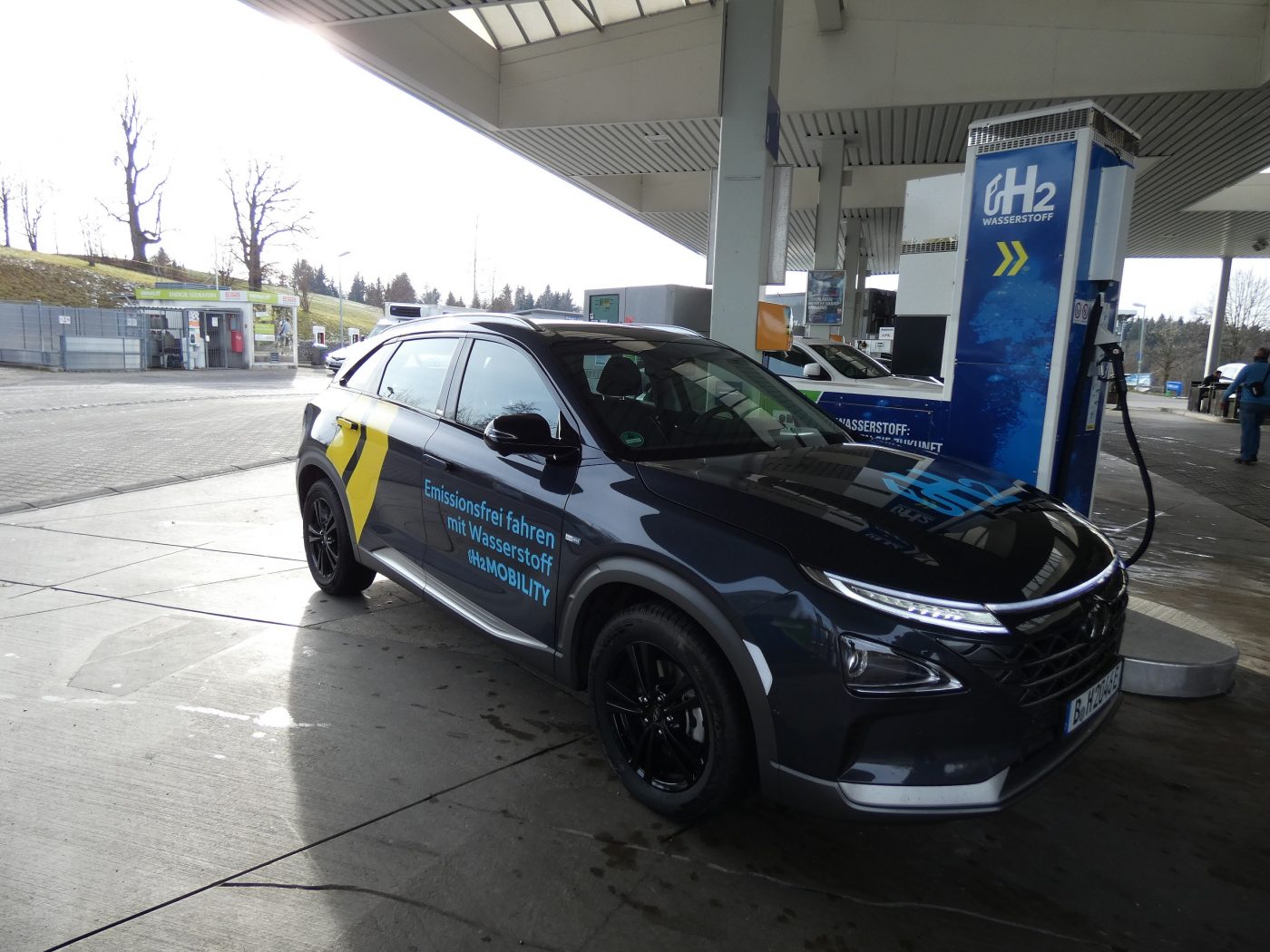 Irschenberg, 05. February 2021 | Drivers of fuel-cell vehicles (FCEV) can refuel at an ever-increasing number of filling stations: H2 MOBILITY Deutschland and its shareholders OMV and Air Liquide have now commissioned a hydrogen (H2) station in Irschenberg.

There are already 18 H2 filling stations in Bavaria. The new facility at the OMV filling station, at Wendling 14 in Irschenberg, is conveniently situated on the federal road 472, in the immediate vicinity of the A8. It thus closes an important gap between Munich and Salzburg / Innsbruck..

“We are delighted that the municipality of Irschenberg, with its central location, can once again be a site for emerging energies,” said Mayor Klaus Meixner on the occasion of the commissioning.

“Compared to fossil fuels, hydrogen offers many advantages. If we want alternative drives to be used beyond combustion engines, we must significantly expand the infrastructure. That is why I welcome the fact that in future it will also be possible to fill up with hydrogen in the district of Miesbach,” says Ilse Aigner, President of the Bavarian State Parliament..

Hydrogen is used to power fuel-cell electric vehicles. Their advantages: no noise, no pollutants, but the same utility, speed, and range as cars with petrol or diesel engines. Hydrogen vehicles have ranges of 500 to 700 kilometres and refuel in just three to five minutes. The filling-station technology comes from the gas and technology company Air Liquide. The facility holds around 200 kilogrammes of hydrogen and is state of the art.

Hydrogen offers a the possibility of expanding the fuel supply in the transport sector in a climate-friendly way, because climate-damaging CO2 emissions can be significantly reduced by using hydrogen, especially if it is produced with renewable energy.

The hydrogen station in Irschenberg was funded by the European Commission in the Trans-European Transport Network (TEN-T CEF) as part of the Connecting Hydrogen Refuelling Stations (COHRS) project.

H2 MOBILITY Deutschland GmbH & Co. KG is responsible for establishing a nationwide hydrogen infrastructure in Germany. The first target is to operate 100 hydrogen stations in seven German metropolitan areas (Hamburg, Berlin, Rhine-Ruhr, Frankfurt, Nuremberg, Stuttgart and Munich) as well as along connecting motorways and highways. At all stations, cars and light commercial vehicles (vans) can refuel with up to 5 kg (in some cases up to 8 kg) of hydrogen at 700 bar.