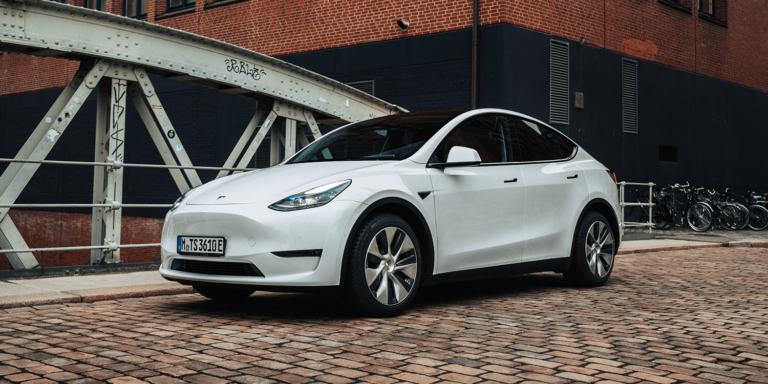 Exactly 15,915 electric cars were newly registered in Norway in November. Battery-electric cars thus achieved a share of 81.6 per cent of all new passenger car registrations in the month. The best-selling model came from Tesla.

In addition, there were 1,502 new plug-in hybrids. PHEVs continue to lose market share, down 43.4 per cent in November compared to the same month last year. Despite this significant decline, November was better than the yearly average for PHEVs: Year-to-date registrations with this powertrain were down 61.3 per cent. With a PHEV market share of 7.7 per cent, 89.3 per cent of all new registrations in November 2022 thus had a charging connection. The Norwegian Road Information Authority (OFV) refers to the 81.6 per cent only as “zero-emission vehicles”, but the share of fuel cell vehicles is so small that it is not shown separately. These are almost exclusively battery-electric vehicles.

HEVs accounted for 1,429 new registrations (-11.5 per cent in the current year), while the market shares of pure combustion vehicles continue to decline to 1.2 per cent (petrol) and 2.2 per cent for diesel.

Across all drive types, 19,513 new cars were registered in Norway, an increase of 27.8 per cent compared to November 2021. In the current year, however, the 134,827 new registrations are a decrease of 13.4 per cent, here the semiconductor shortage, among other things, is evident. Contrary to the market trend, however, zero-emission passenger cars have increased by 5.6 per cent in the current year with 105,573 units.

The Tesla Model Y secured the top of the model ranking in Norway in November with 3,212 registrations, ahead of the VW ID.4 (1,110). In third place comes the Toyota Yaris, a model that is available at most as a hybrid (and with 1,050 units contributed massively to the HEV registrations in November).

BMW’s good performance in November is striking: with 960 units, the BMW i4 was in 4th place across all drive types, and in 3rd place for BEVs behind the Model Y and the ID.4. In the whole year, only 2,348 i4s were registered in Norway – over 40 per cent of them in November alone. The BMW iX does not fare much worse with 907 units in November.

Following in the ranks behind the two electric BMWs are the Volvo XC80 (892 units), the Skoda Enyaq (694 vehicles), the Volvo C40 (515 units) and the Audi e-tron (501 new registrations). If one were to combine the two technically closely related Volvo models, this would even mean second place ahead of the ID.4. However, if the 301 ID.5 were added to the ID.4, the VW duo would again be just ahead – albeit only by four vehicles.