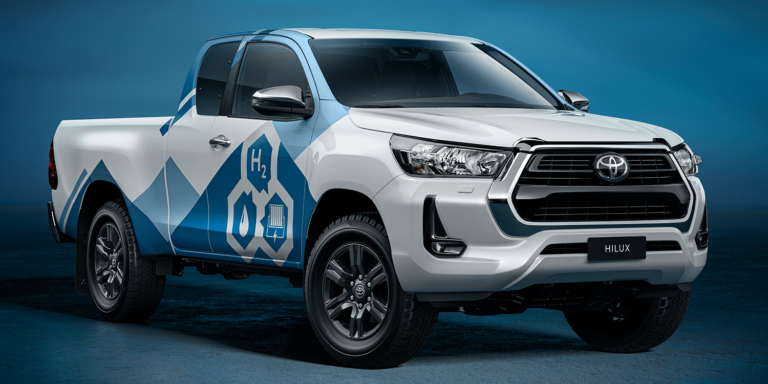 Toyota is to develop a fuel cell version of its Hilux pick-up truck with financial support from the British government and set up a pilot production line for it at its plant in Derbyshire, UK.

The £11.3 million project will receive £5.6 million from the UK government, with the remaining £5.7 million coming from the Advanced Propulsion Centre (APC), an industry body that supports projects to decarbonise transport. The Toyota deal is one of five projects in which the UK government and the APC are investing a total of 73 million.

The plans are not yet very detailed. The BBC reports that Toyota will set up a pilot production line at its plant near Derby, and the results produced there could later lead to mass production at Toyota’s Deeside factory in Wales. Richard Kenworthy, Managing Director at Toyota Manufacturing UK, is quoted in the report as saying, “This exciting project gives Toyota the opportunity to develop a unique fuel cell commercial vehicle on the legendary Hilux platform in the UK. This will add significantly to the skills base not only within Toyota in the UK, but also through the consortium partners and wider supply chain.”

The internal combustion version of the Hilux measures 5,330 x 1,855 x 1,815 mm with a wheelbase of 3,085 mm. The pickup was introduced in 1968 and has been available in its eighth generation since 2015. In the meantime, the model has received a facelift. 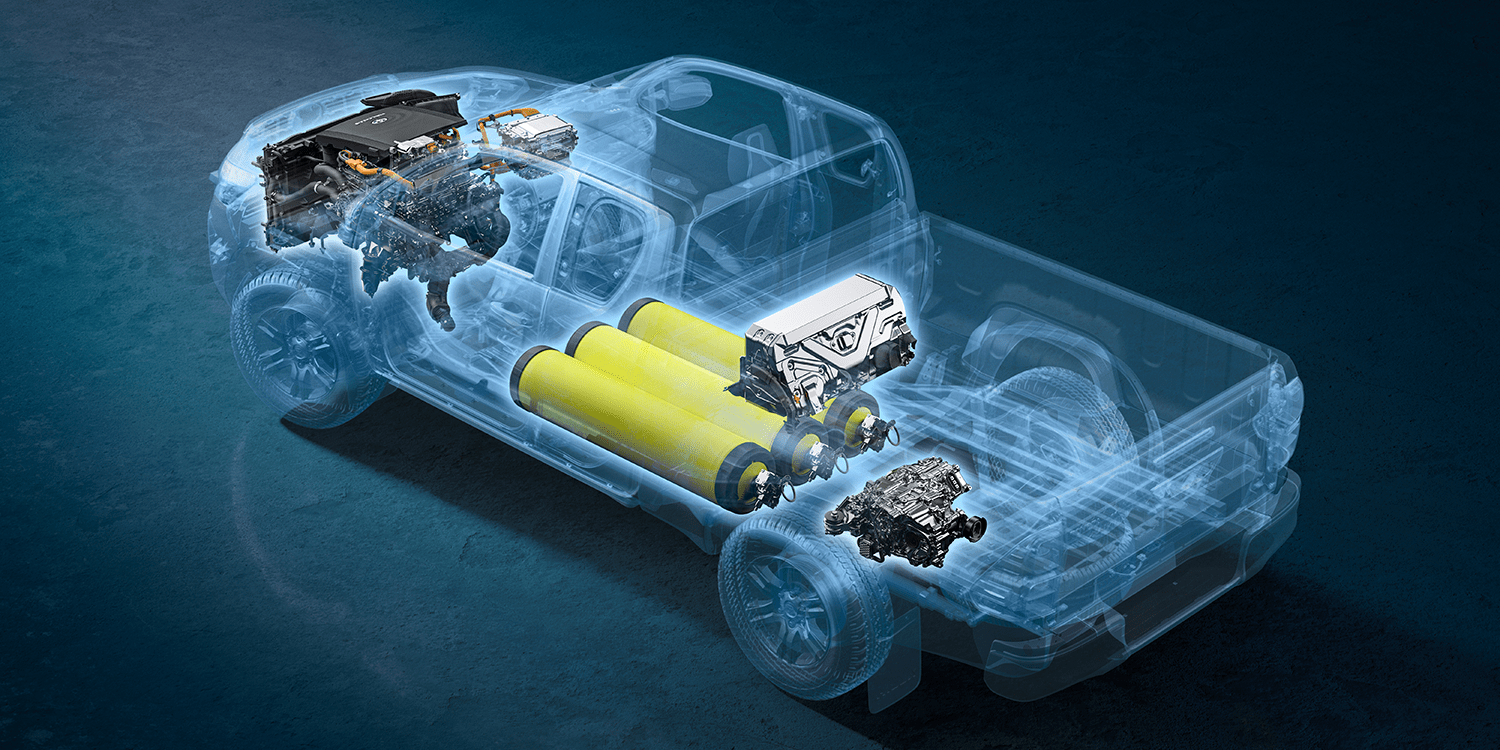 This afternoon, Toyota also published its own press release on the project. In it, the Japanese company specified that the second-generation fuel cells used in the Toyota Mirai will form the basis of the modified Hilux. The first prototypes are to be produced at Toyota’s Burnaston plant in 2023. After successful testing, “the hydrogen-powered pickup (…) could go into small-scale production”, according to the statement. Behind the project is a consortium that includes Toyota Motor Manufacturing UK and Toyota Motor Europe, as well as Ricardo, ETL, D2H and insurance firm Thatcham Research.

“The UK is one of the key markets for pick-up trucks and is an important market for Toyota. This funding represents a tremendous opportunity to develop a zero-emission solution in a critical market segment. We would like to thank the UK Government for the funding that will enable the consortium to investigate the development of a fuel cell powered powertrain for the Toyota Hilux, supporting our carbon neutrality ambition,” Matt Harrison, president and CEO of Toyota Motor Europe, is quoted as saying in the statement.

The Toyota project was selected by the government for funding, along with four other projects. The four other grants are development projects to manufacture permanent magnet electric motors in Bridgwater, build a fuel cell truck in Glasgow, provide lower carbon and lower cost sources of recycled aluminium alloys for the automotive industry in Slough, and build methane-powered heavy off-road tractors in Basildon.

With reporting by Cora Werwitzke, France.