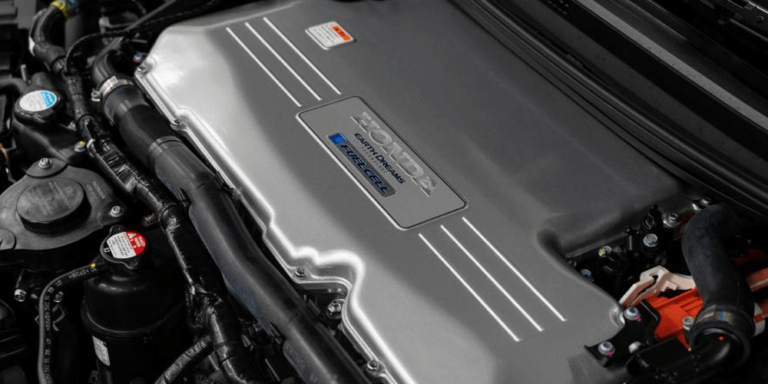 Honda has announced a fuel-cell version of the latest generation of its CR-V compact SUV. In addition to the fuel cell system, the CR-V FCEV will have an externally rechargeable battery and will be produced at the manufacturer’s Performance Manufacturing Center (PMC) in Ohio from 2024.

Honda will only publish further details on the new CR-V FCEV at a later date. It is still unclear whether Honda will offer the model only in the USA or also in other markets. The 2023 model version of the CR-V will be launched in Europe with both – as before – a full hybrid drive, but for the first time also with a plug-in hybrid drive. There is no BEV version.

According to Gary Robinson, Vice President of Auto Planning & Strategy at American Honda Motor, his company wants to start small-scale production of fuel cell electric vehicles “to further explore their great potential as part of a sustainable transportation future”. Opened in 2016, the Performance Manufacturing Center (PMC) in Marysville in the US state of Ohio is considered a production facility for small-series and special vehicles. The CR-V FCEV will be manufactured there from 2024.

According to Honda, it will be the first fuel cell production vehicle in North America to be equipped with an externally rechargeable battery. This concept will allow drivers to “drive battery-electric in the city and have the flexibility of quick hydrogen refuelling for longer trips”. So, unlike other FC vehicles, the battery is likely to be relatively large. Often, fuel cell systems are combined with only a small battery to store braking energy and to support selective boosts. Honda, however, still owes performance data.

The sixth generation of the CR-V will roll onto the market in 2023 – and, according to Honda, will offer “more space, comfort and performance”. In Europe, the Japanese company has meanwhile completely electrified their model portfolio – above all via the hybrids Jazz, Jazz Crosstar, CR-V, HR-V and Civic e:HEV. The small car Honda e is the only battery-electric car in the electrified portfolio for Europe, but will be joined by another BEV in 2023, an all-electric SUV in the B-segment called e:Ny1.

Basically, the manufacturer is banking on three new all-electric vehicle platforms – one of them in collaboration with General Motors – in its plan to reach a sales volume of more than two million electric cars per year by 2030. The first of these is to debut as early as 2024.

GM will build two electric SUVs for Honda in North America from 2024, based on GM’s Ultium platform. These two Honda models are not included in the three EV platforms of the Japanese company, as the rights to the Ultium platform belong to General Motors. The Japanese company wants to offer 30 BEV models worldwide by 2030, and then only BEVs and FCEVs in their range from 2040.